Today I got lost on the way home from work and I took a detour. In reality you could say I took a detour from life. Atleast the life we pretend to lead…dont kid yourself, life is what happens in between work…however short that may be. We are so concerned with material possessions and “security” because we think that brings us happiness…well take it from someone who has had all the material possession and has also lived with nothing. There is no such thing as security and while we are so concerned with selling our lives for minimum wage or even for salary we usually forget to live. Correct me if Im wrong but life is given to us to live not to accumulate inanimate objects.

Cant say that I blame you seeing as how we have built up a system of living that is based around money…lets face it a guy cant even get a date if he dont got the dough…and women either have to find someone to depend on or fight twice as hard for the few positions available to them. Every now and then though we get a detour…from life. Today I will share with you mine. I lost on of my best friends today, in fact he was more of a brother, a crazy alcoholic, unstable brother…the kind of brother you love to death but avoid at all cost for fear of being dragged into some drunken brawl or near death experience involving a gun wielding drug dealer… but a brother just the same. Someone who quite literally took the shirt off their back to keep me warm, someone who at the very hint of me having a gloomy day would turn an hour trip into 10 mins and be on my doorstep before I even realized I was depressed. Somebody who gave and gave without expecting an ounce in return except an occasional 1am phone call that lasted well into the morning about god knows what subject. To say the least a saint, perhaps even an angel…a chubby hazel eyed tattooed angel.

Kornut taught me to never give up on my marriage, he taught me that life is a battle but it can also be fun, he taught me that if you couldn’t keep your hands up for three rounds dont even get in the ring. Kornut who would drag me out of bed at 3am to go jogging and shadowboxing in the dark…it seemed crazy at first glance but with kornut you always had the impression that their was a deeper life lesson at work…like a drunken blonde haired Mr.Miyagi. I wouldn’t always get it right away, in fact I got it only when it was too late…all the wonderful things he tried to part onto me. I know now that his time on this earth was always to be brief…you see he had already figured everything out, he just stuck around to help us guys that were stuck, stuck wondering and pondering the meaning of things. Kornut who quite literally was a jack of all trades..registered nurse, amateur chemist (mad scientist more like), glass blower, technician, mechanic, law student, gun aficionado, amazing tattoo artist and god knows what else. A wealth of knowledge in the most unsuspecting package. A true renaissance man, it would only make sense that the renaissance festival was his favorite thing of all. His next favorite thing was helping poor souls like me figure out their lives. Amazing human being….you would think a person like that would be worth staying in touch with…well after all the kindness and love I turned my back on him…for what…for life? I was always too busy or too stressed or too damn concerned with a career and keeping a car or working for a house and all the other meaningless crap we give meaning to because thats what everybody does. Well everybody is wrong. 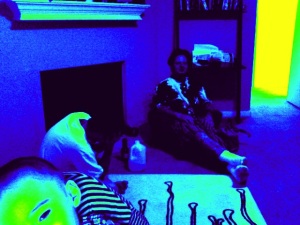 He died alone, and sad and I should have been there. I should have waited on him hand and foot, I should have given him the same courtesy he would have given me…but I didn’t you see..I wanted to be like everyone else..like my parents like the status quo…who give up their heart for the almighty dollar…I couldn’t afford to have crazy friends like that so I opted to have no friends and focus on my career just like my father…and like my father I would live a miserable joyless life full of resentment and regret. Its because of this that my best friend died alone and I never got to tell him just how much he meant to me…that its because of him that Im sober, for him that I learned to value my son…my parents with all their bitching a moaning, my bosses with all their drug tests couldn’t accomplish what one very special human being did single handedly…and I do say single handedly because he shot of the index finger on his right hand, more than likely just out of boredom or to teach us some grander lesson that we are not yet ready to receive. So as I detoured to his house which i debated turning into and circled three times for fear that I would get a punch in the chest for losing touch with him for so long I was struck by the worse news Ive gotten since I can remember….I lost him. I lost my angel, our angel, the only one who loved him more than me was my wife and the only one that loved him more than her was my son, my son who he played with endlessly, who he talked with on the phone for hours because Evan refused to give the phone to me…who he lovingly called tuna for his inability to pronounce kornut.
I lost him I say but it is really the worlds loss…this ugly, greedy, disease stricken world lost one of their best…well I say the world didnt deserve him anyhow…no world that treats humans as badly as this one does deserves anyone as pure and kind hearted as him. I miss him and I was a terrible friend in the end, and I will never forgive myself…all I can hope is that if their is a heaven at the end of this hardship we call life…that he is their waiting…watching…seated across from kurt cobain and vincent van gogh, pounding drinks with Tupac and hemingway, teaching guitar solos to dimebag darryl, pissin in peoples drinks and causing general mayhem. Cuz if there is a Jesus he´s probably got a special VIP lounge for people like kornut, to have as his closest buddies and mostly to keep from scarin the general church goin crowd outta heaven. A piece of me is gone forever…hell a chunk..and I will never be the same again. Kornut I love you buddy and I miss you and I hope I can do you proud, I promise to keep up my dukes for atleast three rounds. and I am sorry I was such a shit friend, I hope I can see you again…Ill make sure to bring the vodka good buddy..and yes Ill make sure to get the biggest size they got.
RIP my brother
I´ll miss u forever
Love ya buddy….yes we´re still friends ya jackass… and we always will be

This entry was posted on Saturday, June 15th, 2013 at 12:22 pm and posted in Uncategorized. You can follow any responses to this entry through the RSS 2.0 feed.
« A letter to mom
Misanthrope »